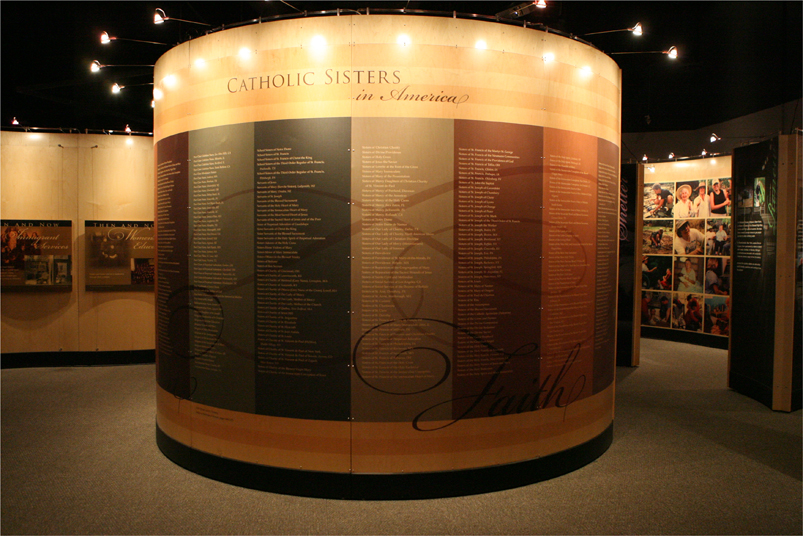 Women & Spirit, a traveling museum exhibit honoring the history of the Catholic Sisters in America, has arrived in Los Angeles.

Visual Terrain is proud to have lit the exhibit since it began at the Cincinnati Museum Center in Cincinnati, Ohio, in 2009, then following it as it traveled to the following venues:

“It has been wonderful and inspiring getting to meet the Sisters,” said Visual Terrain CEO Lisa Passamonte Green. “We’ve also really enjoyed working with teams from Seruto & Company, Bob Weis Design Island, and the other great teams on the project.”

The exhibit will appeal to Catholics and non-Catholics alike, as it includes artifacts such as letters from Thomas Jefferson, and examines the roles of the Sisters in U.S. history, in areas such immigration, and the development of health care and education.

Woman & Spirit concludes its three-year journey with visits to the Center for History in association with the University of Notre Dame and Saint Mary’s College (South Bend, Indiana) and The California Museum of History, Women & the Arts (Sacramento, California).