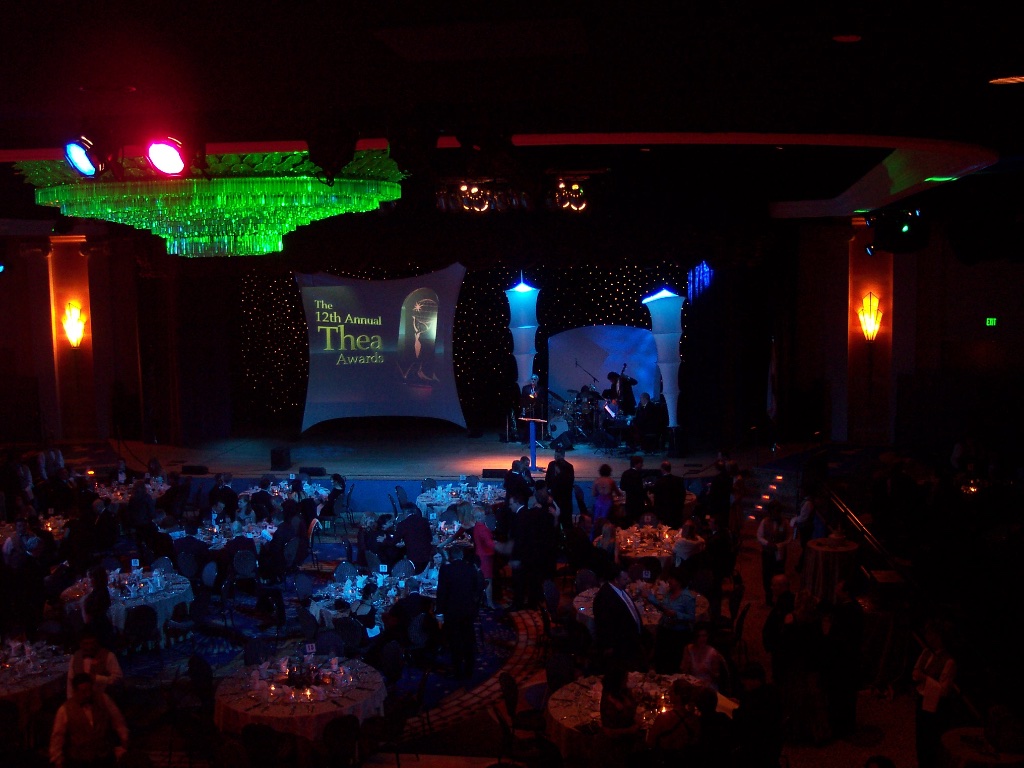 The Thea Awards Gala is among the most prestigious events in the themed entertainment world. Presented by the Themed Entertainment Association (TEA), this black-tie night honors the top achievements in the industry. The 2016 Gala takes place April 2 at the Disneyland Hotel ballroom in Anaheim, California, and caps a weekend preceded by the annual TEA Summit, which brings together TEA members from around the world.

Visual Terrain is proud to be a part of this year’s event. Working with show producer, The Hettema Group, Visual Terrain Principal Designer Steven Young and Lighting Designer Bryan Yu are creating the lighting design; Project Manager Lisa Maydwell will stage manage the show, and Operations Manager Corey Albert will assist them all as needed. (See team bios here.)

This is Visual Terrain’s seventh year of involvement with the Gala. The company has provided lighting designers, producers, stage managers, and other key personnel in 2005, 2006, 2007, 2008, 2009 and 2015. Additionally, Visual Terrain President David Green wrote or co-wrote all the production scripts for the 2005-2009 galas, including the memorable 2006 Disney tribute moment. David also provided voiceover talent and music supervision for the 2009 event.

Visual Terrain CEO Lisa Passamonte Green has served for three years on the TEA’s Thea Awards committee, the group of industry leaders that reviews all of the nominations and vets each attraction before the awards are given. Being a part of the committee has allowed Lisa to present an award the past two years. Additionally, she was a member of the TEA International Board for several years.

“Our team loves working with the TEA,” said Passamonte Green. “We especially enjoy working with Phil’s team at The Hettema Group. They bring a level of professionalism and production to the evening that really makes the event special. And best of all, they are fun to work with!”

Over the years, Visual Terrain has been honored to be involved in several projects that were recognized with a Thea Award trophy. These include: