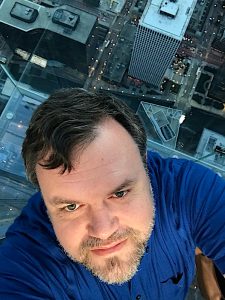 Michael Mahlum, a native of Denver, Colorado, has designed lighting for dance, theatre and architecture all across the globe.

Prior to joining Visual Terrain, Michael’s background in lighting design includes Death of a Salesman, A Night of Innocent Games, Dustbowl Gothic, Beauty and the Beast, Aida, and L’italiana in Algeri. He has worked for the Opera Theatre of Pittsburgh, C&C Lighting and Designlab Chicago.