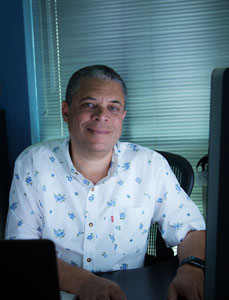 David is an inventor or co-inventor for nine U.S. patents for user interface design for TV set-top boxes.

An award-winning photographer, David’s work is included in “Allensworth: A Place. A People. A Story.” an exhibit and accompanying catalog in the permanent collection of the California African American Museum. He is a former, three-term president of the Santa Clarita Valley Photographers Association, and taught photography, Photoshop, and creativity workshops at the Santa Clarita Valley Center for Photography for several years.