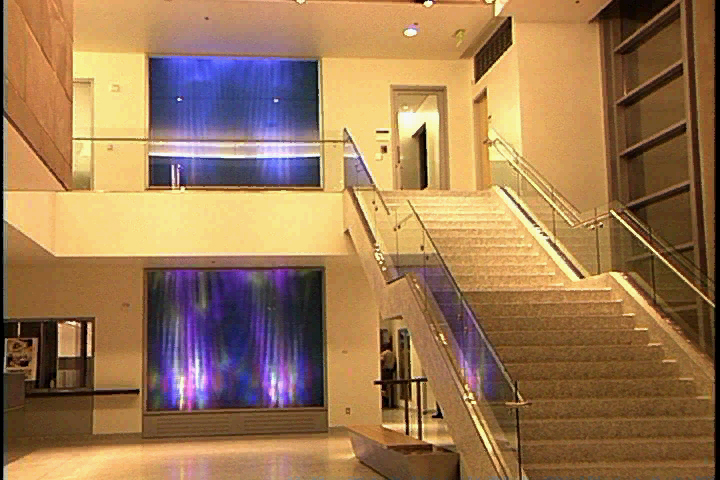 Located in the main atrium of the building, this installation utilizes mixed media with sequenced lighting. Two 10’ panels of frosted azurlite glass are rear lit from narrow wall niches. The panels appear to interact with one another in sequences that make reference to the police and fire departments headquartered in the building. Chaos, represented by the appearance of fire, builds from the first floor to the second, then is calmed by the police, represented by the calming wave of blue that washes over it. These recurring themes of water, fire and stillness are repeated in multiple sequences throughout the day.