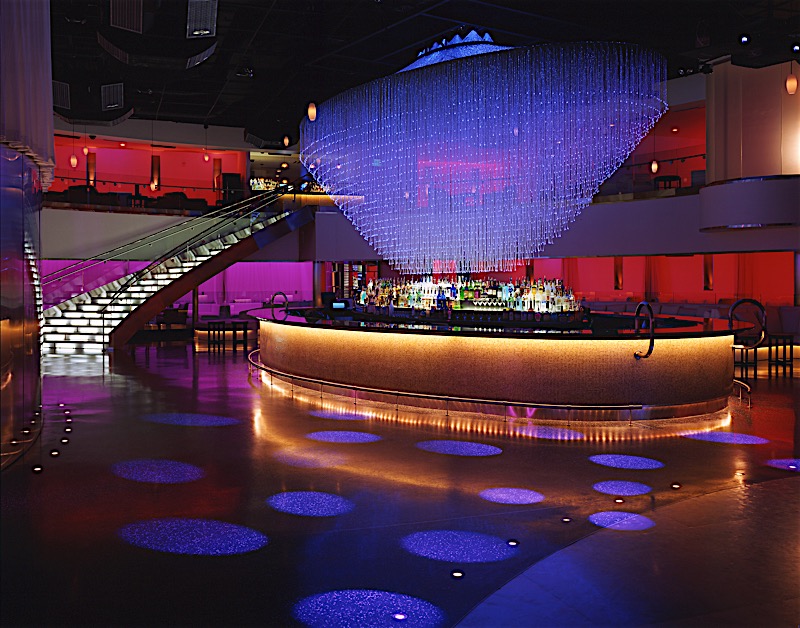 Visual Terrain designers along with Design Development and Technifex, Inc. created the stunning 28ft long by 14ft wide Fountain Chandelier which is made up of over 4000 cracked glass fiber optic strands with programmable color-changing capabilities which hangs over the main bar.  This chandelier is the largest of its kind.

“This project was a fantastic example of what happens when the collaborative design process works well and the client really gets behind the design concept.” remarked Lisa Passamonte Green, Vice President and Principal in Charge of the project.

The results are that the guest entering the club are drenched in liquid color and infused with electric kinetic energy. Silk the Club is predominately surfaced in white with black and chrome accent. During the course of the evening, as the color changing light shifts, the movement of the guest is silhouetted against the shimmering surfaces creating a space that appears to be fluid.