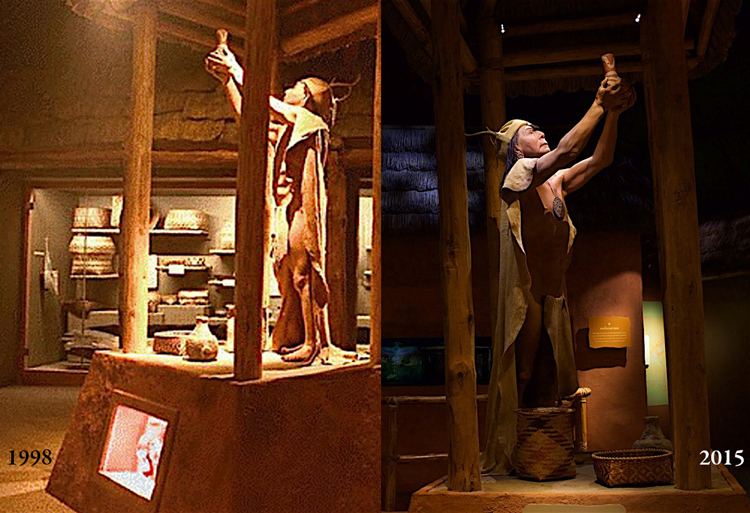 The Museum of the Cherokee Indian opened in 1948 and moved to its present facility in 1976. Its exhibit was totally renovated in 1998, when a new 12,000-square-foot exhibit was installed.

Inspired by the beauty and ingenuity of the Cherokee people, this is a cultural and historical tour fused with interactive video, intriguing displays, and a full sensory experience.

Visual Terrain lit the museum originally in 1998, and was awarded the 2000 Edwin F. Guth Memorial Award for Interior Lighting Design by the IESNA in its International Illumination Design Awards (IIDA).

Fifteen years later, Visual Terrain was asked to revisit the museum, and to complete an upgrade of the venue to LED lighting. The upgrade, which was completed in 2015, reduced the energy load from over 73,920 watts in the original design, to just over 7,674 watts with the upgrade which provided better illumination overall.