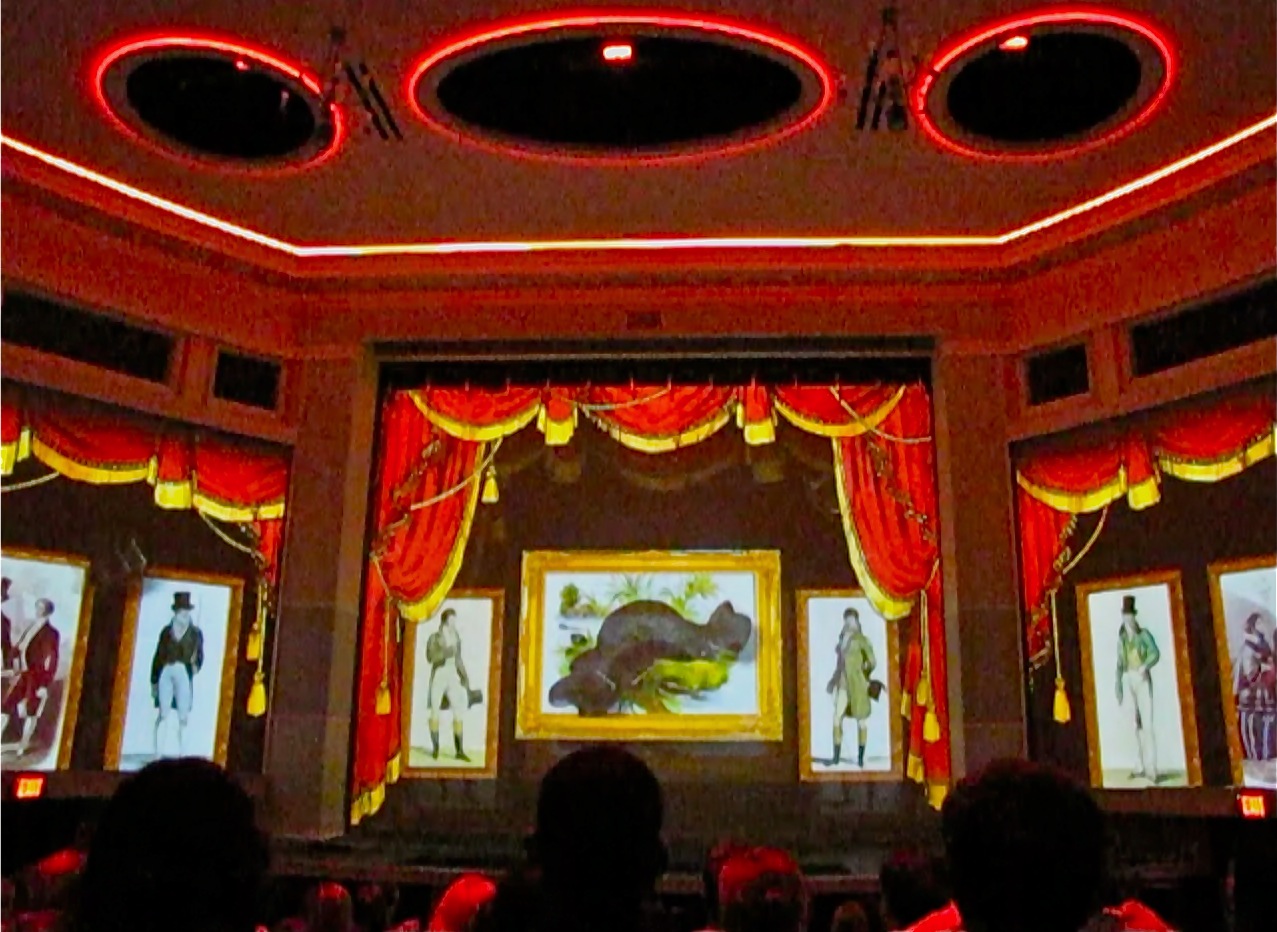 Each of the 243 seats feature spectacular panoramic views of the three main screens, immersive imagery, and 360-degree soundscapes. Theatrical lighting is crucial to the blending of the onscreen story throughout the entire audience chamber.

Visual Terrain is responsible for the interior and exterior architectural lighting of the theatre and the theatrical lighting for the 4-D multimedia film.